The Shape of Floods to Come: JRC Study on Europe Water Scarcity 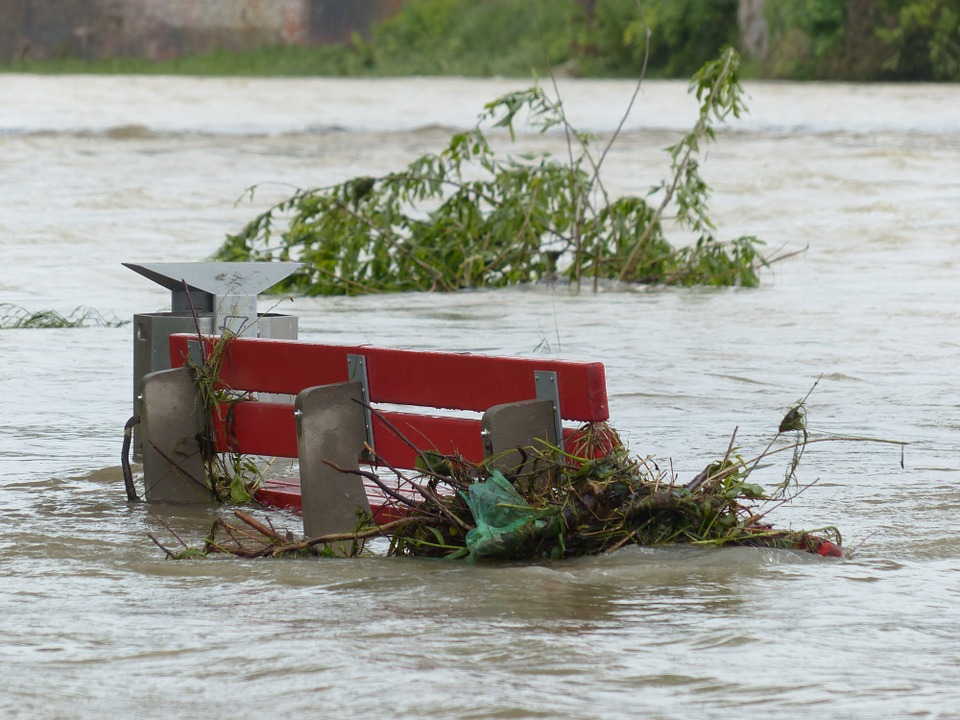 Flooding and water scarcity in Europe will increase in the coming decades, but to a much lesser extent if the objectives of the Paris Agreement on climate change are met. Representative Image Source: Pixabay, labeled for reuse A new JRC study looks at the impact of the changing climate, land use and water usage on Europe's water resources. "We used a water resources model to estimate the impact of the changing climate under two 30-year scenarios. In one scenario, the targets of the Paris Agreement to keep global temperature rise below 2˚C are met. In the other, global temperatures increase by more than 2˚C. We modelled the consequences on Europe's water resources under these two scenarios", said JRC researcher Ad De Roo. Researchers concluded that while the impacts would be substantially less severe if the Paris Agreement targets were met, flooding and summer water scarcity are projected to increase under both scenarios. "To minimise future consequences, it is essential that the targets of the Paris Agreement are met sooner rather than later, and it is even better if we manage to stay well below those targets. We also believe that mitigation alone is not enough but that adaptation strategies such as water saving and efficiency measures will also be needed to cope with the future climate change impacts", Ad De Roo said. Pressure on water resources exacerbated in Southern Europe Southern European countries – particularly Spain, Greece, Cyprus, Italy and Turkey – are projected to face increased water shortages. Significant reductions in groundwater recharge are estimated for Spain, Portugal and Greece, with negative impacts on the environment and water availability for irrigation. Increasing droughts will lead to water scarcity and reduced hydropower resources in the Mediterranean region. This is likely to have knock-on effects on agriculture, energy, transport and food security. Central and northern Europe will have more water Central and northern European countries will see an increase in annual water availability, with France, Belgium and the UK projected to experience wetter winters and drier summers. Increased precipitation and water availability will lead to water excess problems, flooding and sewer overflows in cities and potential dam safety issues in northern Europe. Most (80-90%) of the projected changes are triggered by climate change, with land and water usage together contributing 10-20%. Meeting Paris Agreement targets essential The rising temperatures mean that even if the objectives of the Paris Agreement are met, the number of people affected by water scarcity in the EU-28 is projected to increase from 85 to 94 million. But under the extreme warming scenario – which will lead to a decreasing water availability and an increased water demand -, the number of affected people could rise to 295 million. Some adaptation measures to these impacts are already being implemented by EU Member States within the Water Framework Directive and the Floods Directive. Adaptation measures to water scarcity may include irrigation practices that lower pressure on water resources, planting more drought-resistant crops, water pricing for irrigation and industrial water resources, developing more efficient cooling technologies in energy generation and shifting to renewable energy production. Several of these measures were suggested in the Commission’s  2007 Communication on water scarcity and droughts (COM/2007/0414). However, while planned water efficiency measures would improve the state of water resources under current climate conditions, they may not be sufficient under a climate warming scenario. Substantial water efficiency changes are needed to cope with the reduced water availability, especially in the Mediterranean region. In Central and northern European countries, which will see an increase in annual water availability, flood protection, prevention and preparedness measures should be implemented. JRC modelling exercise  (Left): The Water Exploitation Index (WEI+: net water consumption/freshwater resources)  under a 2˚C warmer climate, and (right) the difference compared to current climate (1981-2010). This shows how the areas of scarcity will stay more or less as they are now, but scarcity episodes will be more intense in magnitude and duration.The assessment was made using the JRC’s LISFLOOD water resources model combining, for the first time, 11 state-of-the-art climate scenarios (EURO-CORDEX), the JRC's new LUISA (Land Use-based Integrated Sustainability Assessment) 2010-2050 reference land use projection, reference population and GDP projections, and new projections of water consumption. The European Commission adopted on 12 November 2018 a report on the implementation of the EU Strategy for Adaptation to Climate Change, which includes evidence of worsening climate impacts and, in particular, water stress and other linked effects in Southern Europe[1]. The Commission also adopted on 28 November a proposal for a strategic long-term vision for a prosperous, modern, competitive and climate neutral economy by 2050, kick-starting an EU-wide debate on how the EU can make a fair contribution to meeting the long-term temperature goals of the Paris Agreement and how this transformation can be achieved. Source: CORDIS EU