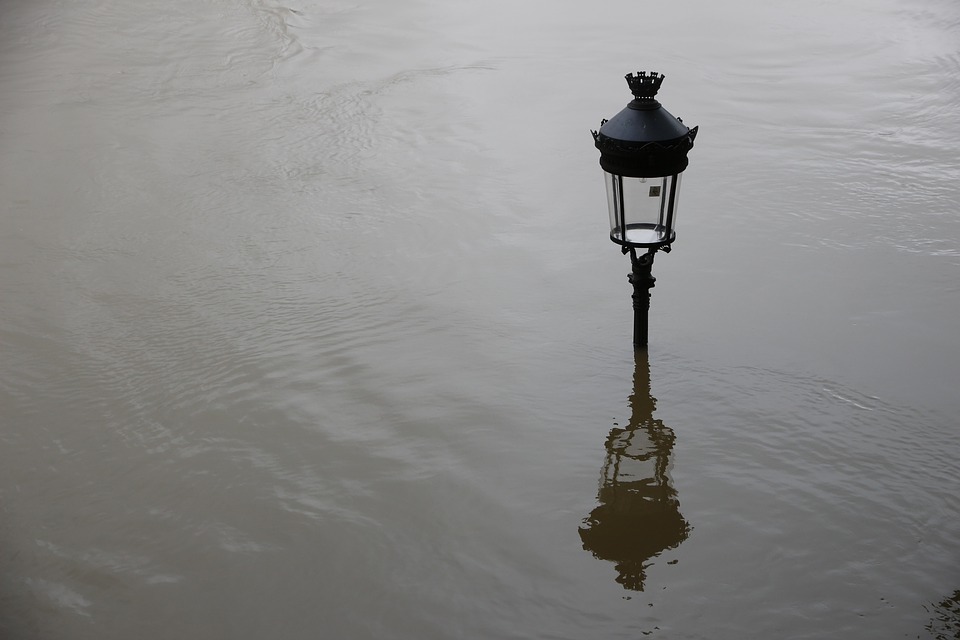 Europe is expected to see a considerable increase in flood risk in coming years, even under an optimistic climate change scenario of 1.5°C warming compared to pre-industrial levels. A study assesses flood impacts for three scenarios – of 1.5°C, 2°C and 3°C warming – and finds that most of Central and Western Europe will experience a substantial increase in flood risk at all warming levels, and the higher the warming, the higher the risk. Flood in Paris, France, source: PixabayDamage from floods across Europe is projected to more than double, from a 113% average increase if warming is kept to 1.5°C, to 145% under the 3°C scenario. In terms of population affected, the projected increase ranges from 86% to 123%. While the pattern for Central and Western Europe was one of a consistent increase in flood risk, the study also found that flood risk may actually decrease with warmer temperatures in some countries in Eastern Europe, but those results also show a high degree of uncertainty. Similarly, in some countries in Southern Europe (Spain, Portugal, Greece) the initial increase in impacts at 1.5°C turns into more uncertain projections for higher warming levels, due to a substantial reduction in annual rainfall. These findings are the result of a JRC multi-model analysis, published in Climate (Open Access Climate Science Journal). The study improves our understanding on future trends in river flood risk in Europe while also highlighting the need to prepare effective adaptation plans for a likely increase in the severity and frequency of floods in Europe. Modelling flood risk in Europe – global warming the biggest influence In the framework of the HELIX FP7 Project, scientists analysed the differences in projected changes in flood risk at country scale under global warming scenarios of 1.5, 2 and 3 degrees from pre-industrial levels, and discussed reasons for the observed outcomes. Their aim was to identify consistent, model-independent trends in flood risk in Europe due to climate change and identify the reasons for the differences and similarities among projections of river flood risk. The three studies cover a wide range of methodologies and climate-relevant datasets (such as temperature and precipitation), hydrological and flood modelling, and impact assessment. The comparison sheds light on the influence of the data applied and methods to assess impact projections. Results from the three assessments confirm that climate projections are the main driver influencing future trends of flood risk. Other factors such as the bias correction of climate projections, the method for assessing the year of exceeding global warming levels and the spatial resolution of the input data did influence the results, but only to a small degree and without affecting the direction of the projected changes in the three scenarios. The authors also pointed out the importance of using accurate modelling of the extent of floods to achieve reliable impact estimates. At the moment, this is limited by the scarce availability of high resolution Digital Elevation Models (DEM) over large areas, where small scale features can considerably influence the distribution of floodwaters. Read full article: European Commision