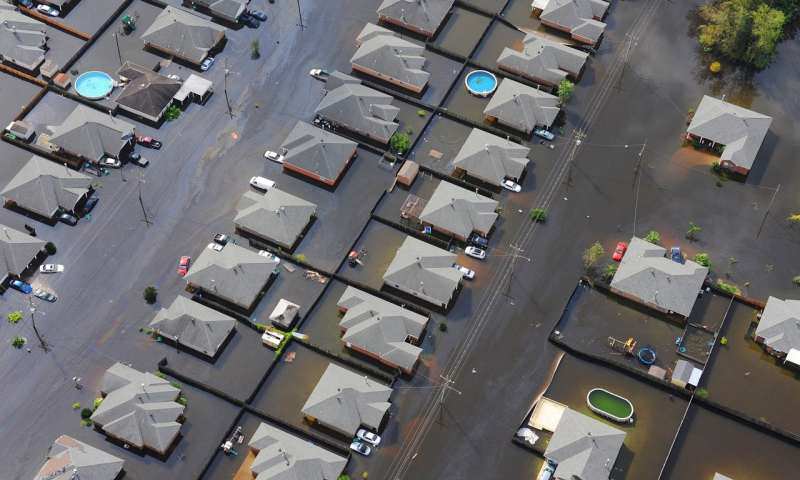 Many cities and communities are experiencing heavier rainfall, and storm water infrastructure can’t seem to keep up—which can lead to dangerous flash flooding and infrastructure failure. BY Adam Dove Image Source: Carnegie Mellon University Water is a powerful force, and as such can pose a major threat to our infrastructure. Thanks to our changing climate, that threat is greater than ever. U.S. stormwater infrastructure—including sewer lines and curbside grates—is designed using precipitation data gathered by the federal government and used by state departments of transportation (DOTs). But according to Carnegie Mellon University Civil and Environmental Engineering (CEE) Ph.D. student Tania Lopez-Cantu and Associate Professor Costa Samaras, these data may not be sufficient for designing and building adequate infrastructure—increasing the risk of flooding. In a recent study published in Environmental Research Letters, Lopez-Cantu and Samaras reviewed the state DOT design manuals of the 48 contiguous states and the District of Colombia. DOTs use these manuals to guide their infrastructure planning and construction. But according to this research, some of these manuals are based on out-of-date precipitation data, and none directly account for future climate change, which could spell trouble for many state residents. “As greenhouse gases from human activities have increased in the last few decades,” says Samaras, “our air has gotten warmer, and warmer air can hold more water. Many cities and communities are experiencing heavier rainfall, and storm water infrastructure can’t seem to keep up—which can lead to dangerous flash flooding and infrastructure failure.” But could precipitation really have changed that much? As part of their research, the team examined precipitation levels provided in federal government documents that are used for infrastructure design, for each individual state spanning from 1961 to the most recent updates starting in 2004. In this period, 43 states showed statistically significant precipitation changes in more than 90% of the study area. This means that any infrastructure installed before the most recent update to these manuals might not be equipped to handle present and future climate conditions. Considering that the majority of U.S. infrastructure is, on average, 20 years old or older, the problem isn’t just widespread, it’s nearly universal. Using this analysis, the team sorted states into four categories in order to prioritize which states should update their storm water design manuals first. The highest priority states were chosen based on three criteria: They experienced a 10% or greater increase in precipitation between 1961 and 2000. They published their most recent design manuals prior to the release of the last precipitation document. They were in the lower half of their regional index, which compares if states in the same climate region are designing the same storm water infrastructure for a 25-year storm versus a 50-year storm, for example. “Under higher return periods,” says Lopez-Cantu, “many states in the northeast and upper midwest were found to be in high priority categories. These states should update their design standards to ensure new drainage infrastructure performs under current and projected precipitation levels.” The team found that storm water infrastructure risks would go up in all states under climate change. If these design manuals are not updated with the most recent precipitation data, as well as planning for a future climate for all storm water infrastructure, it is likely these high-priority areas—and eventually all other areas as well—will face severe street flooding. Reference:   Temporal and spatial evaluation of stormwater engineering standards reveals risks and priorities across the United States Source: Carnegie Mellon University