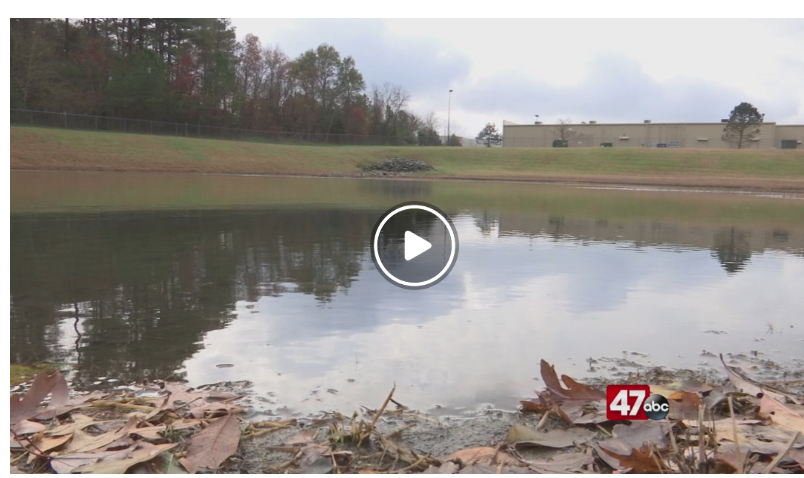 In Maryland, a new technology is changing the way ponds throughout the state sustain and clean themselves. Officials from across the state gathered at one pond in Fruitland that will be one of the first ponds to be equipped with the technology, but officials say they aren’t stopping with just local ponds. “So welcome to the future, this is the future of storm water regulation and management,” Ben Grumbles, Secretary of the Maryland Department of the Environment, said on Tuesday. It’s the future in the form of a smart pond. “Normally this pond would just drain, and it wouldn’t do anything else, but water would fall and come in from parking lot and buildings and then it would just fill up and then drain,” Dr. Charles Glass, Assistant Secretary for the Maryland Department of Transportation, said. But with this new technology unveiled, ponds like one in Fruitland will be able to sustain themselves more effectively. “This technology a little allows it to fill up, and, like a bathtub, hold the water if we want to, or release the water if we want to based on storms coming or storms already being passed,” Dr. Glass said. Once this system is used in storm ponds throughout Maryland, officials say it will be used to clean one of the areas most important assets: the Chesapeake Bay. “The Chesapeake Bay is one of the most important estuaries in the world really, certainly the United States,” Rich Dailey, Senior Director of Environment Safety and Health Compliance for Walmart, said. But none of this would be possible without a first-of-its-kind public to private partnership between several state agencies, including the Maryland Department of Transportation, and a private corporation: Walmart.  SOURCE ARTICLE BY  Deana Harley  ON WMDP.COM