Flood Frequency of the Amazon River has Increased Fivefold 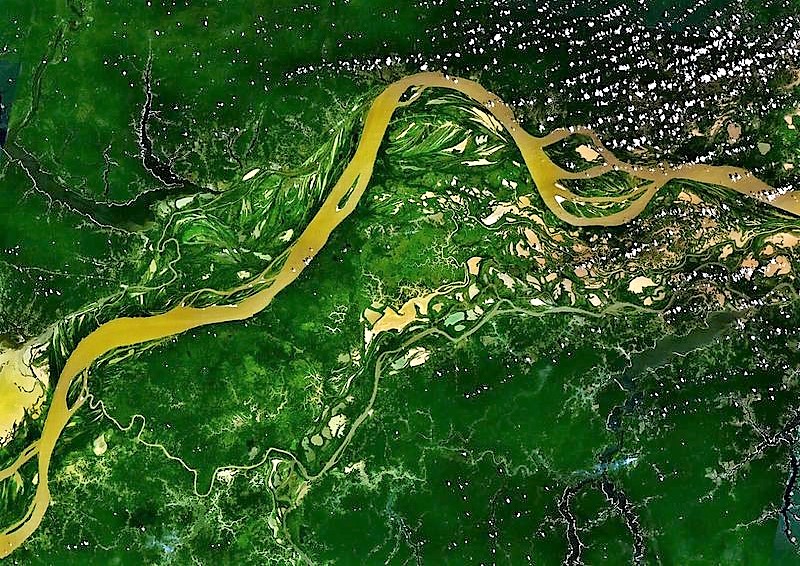 A recent study of more than 100 years of river level records from the Amazon shows a significant increase in frequency and severity of floods. Scientists’ analysis of the potential causes could contribute to more accurate flood prediction for the Amazon Basin. Water levels of the Amazon River have been recorded daily in Port of Manaus, Brazil, since the beginning of the last century. Researchers used 113 years of water level records and found extreme floods and droughts have become more frequent over the last two to three decades. Their findings show that in the first part of the 20th century, severe floods with water levels exceeding 29 metres – the benchmark for a state of emergency in Manaus – occurred roughly every 20 years. Now, extreme floods occur on average every four years. Study lead author, Dr Jonathan Barichivich, from Universidad Austral de Chile – and a former Research Fellow at the University of Leeds, said: “Increases of severe droughts in the Amazon have received a lot of attention from researchers. However, what really stands out from this long-term river record is the increase in the frequency and severity of the floods. With a few minor exceptions, there have been extreme floods in the Amazon basin every year from 2009 to 2015.” “ This dramatic increase in floods is caused by changes in the surrounding seas, particularly the Pacific and Atlantic oceans, and how they interact. ” PROFESSOR MANUEL GLOOR, SCHOOL OF GEOGRAPHY According to the study, the increased flooding is linked to a strengthening of the Walker circulation – an ocean-powered system of air circulation caused by differences in temperature and pressure over the tropical oceans. This system influences weather patterns and rainfall across the tropics and beyond. Co-author Professor Manuel Gloor, from Leeds' School of Geography, said: “This dramatic increase in floods is caused by changes in the surrounding seas, particularly the Pacific and Atlantic oceans and how they interact. Due to a strong warming of the Atlantic Ocean and cooling of the Pacific over the same period, we see changes in the so-called Walker circulation, which affects Amazon precipitation." “The effect is more or less the opposite of what happens during an El Niño event. Instead of causing drought, it results in more convection and heavy rainfall in the central and northern parts of the Amazon basin.”   The paper:  Recent intensification of Amazon flooding extremes driven by strengthened Walker circulation  Source: University of Leeds