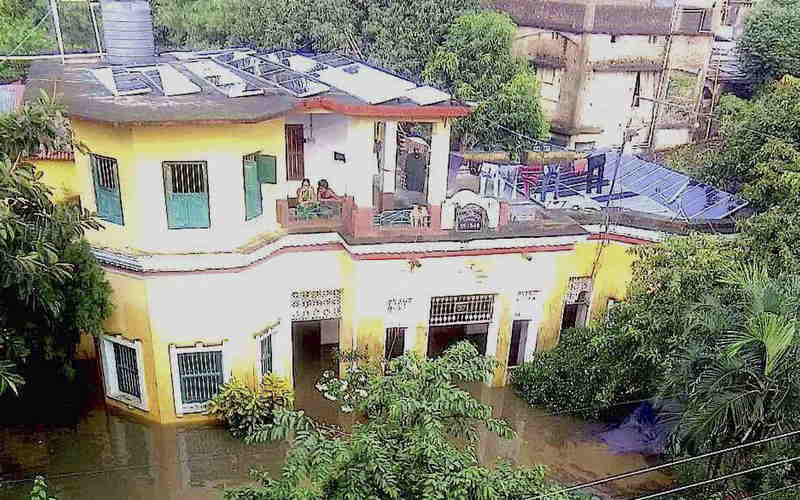 Araria District, Bihar, India, and other Districts of Bihar suffering from severe flooding.

The floods came on the 12th of August 2017, quite unexpectedly without any warning. It had been raining and apparently, the waters from various rivers came all of a sudden due to breeches in various river banks and embankments. Many bridges are broken and there is practically no communication in the district, except for the BSNL mobile services.

The rains have stopped and the waters will start receding now, but the problems are only just starting. How can we put things back in shape? It is already beginning to smell inside the homes and there is surely a danger of epidemics including diarrhoea. What actions beyond the hand to mouth interventions we read about in the newspapers will the government take for management of this disaster and future ones? 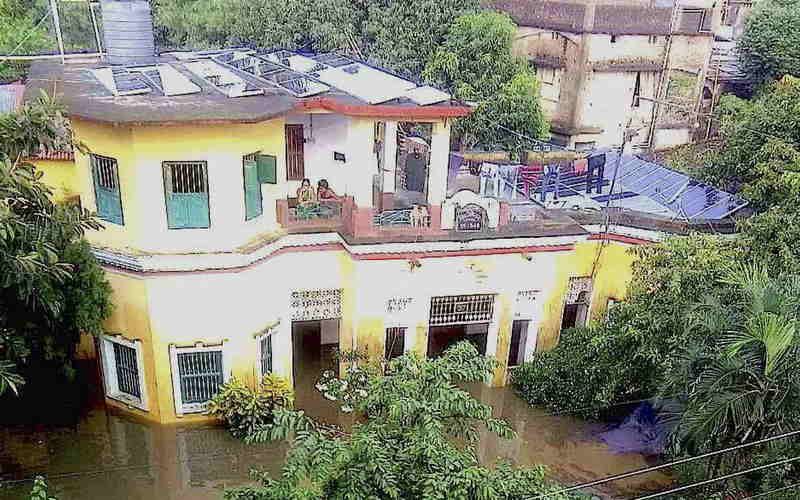 From the local level perspective development organisations like DESI Power are already drawing some lessons. Talking to the local DESI Power management, decentralised electrical systems will be an essential component of the national grid system. The family that lives in this house in the photograph that is the same house as the offices of DESI Power, a not for profit company working in the field of renewable energy, has been able to boil its water thanks to some solar power from the roof top system on the house, even though all the pumps and other equipment on the ground floor are under water.

The lesson to be learnt now they say is to redesign all the small power plants and the basic infrastructure by lifting them off the ground-floor and putting them on stilts or plinths or other raised platforms both in the town and in the villages where small power stations have been flooded away. Generally, the stakeholders in this organisation feel that disasters like this flood can only be managed if there is decentralised governance so that the people can finance and deal with flood and drought and the local economy and ecology themselves. Drinking water and cooking energy are two basic minimum services that must function at all times and money for production, consumption and distribution of these are essential.

And the urgent need for decentralised autonomously created and disseminated finance goes much beyond even electricity supply and communications. We most urgently need decentralised funds created and managed by Gram Panchayats and Municipalities to pay citizens to plant trees and engage in sustainable agriculture and gardening and landscaping. The roots of perennial plants provide the essential underground organic network to hold soils in place. Root systems of trees and shrubs hold water in the ground even during periods of high rainfall and even when rivers flood the water seeps into the ground and the mass of water does not build up. To restore the holding capacity of soils that forests and grasslands have, roads in cities have to be redesigned to become porous and drains must be provided. Cities have to be redesigned to become ecosystems of intermixed homes and plants.

Flooding in places like Araria District is not only due to manmade climate change on the global level due to capitalist greed, but locally we are suffering the consequences of the destruction of forests and sustainable agriculture by the British and later everyone else. India has millions of professionals in the field of ecology, sustainable energy, permaculture, no till agriculture, forestry and water management, but the existing wrong money system prevents the country making use of us.