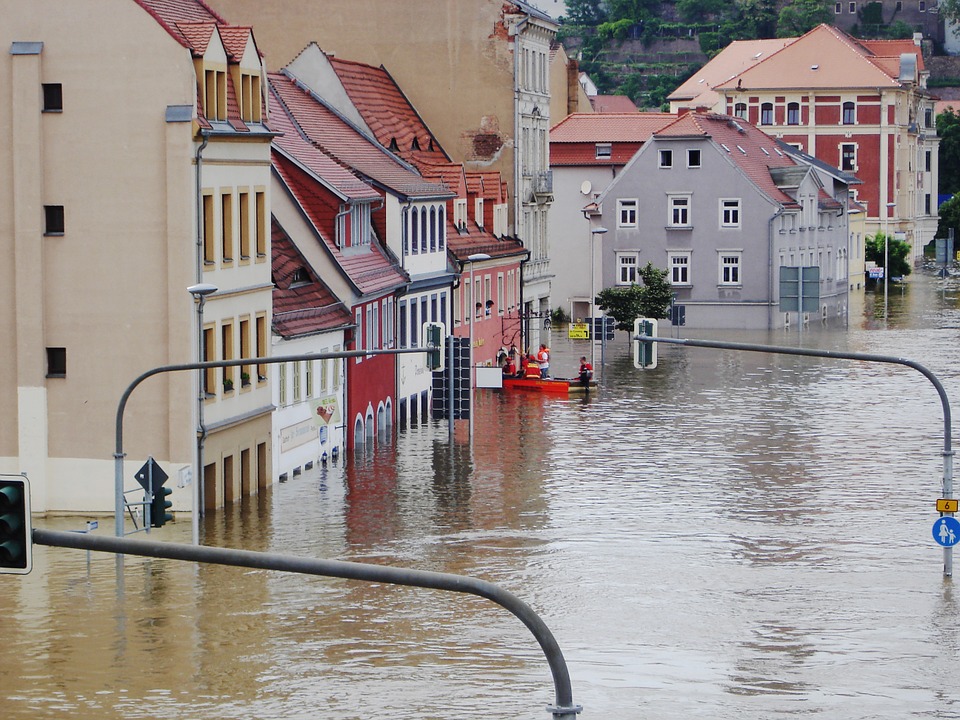 Efforts to prevent urban flooding have often resulted in costly and complex systems based on rainfall forecasts which are often inaccurate. A new approach offers more agility, at a fraction of the investment. Representative Image Source: Pixabay, labeled for reuse   There are several Real-Time Control (RTC) sewerage systems in European cities. These systems comprise networks of sensors and control hardware. Control decisions are centralised, driven by network models and rainfall radar data. The systems have high capital cost and demand high levels of expertise for operation.  The EU-funded CENTAUR (Cost Effective Neural Technique for Alleviation of Urban Flood Risk) project developed a market-ready, decentralised, autonomous system. CENTAUR has shown that it is possible to get additional urban flood protection from existing piped networks.  Introducing intelligent data-driven controls  The CENTAUR system works by installing a flow control device (FCD) upstream of a flooding location in a section of the piped drainage network which would have spare capacity if the downstream network was flooding. The FCD is fitted directly into an existing manhole and uses wireless based communications to dynamically respond to water level measurements in the local drainage system.  The water level monitoring system identifies high water levels in a flood prone site and available capacity upstream. The operating algorithm can then take the decision to close the FCD and store water, reducing flow and so water levels at the flood prone location - minimising the likelihood of flooding. As the communication system is solar powered and can be attached to nearby infrastructure, such as lamp posts, it is very agile and so quickly deployable. Crucially, the CENTAUR system can be operational without the need for structural changes to the existing drainage and sewer system. As Prof. Simon Tait, project coordinator, explains, “Urban areas can benefit from additional flood protection without the need to build expensive new structures, such as storage tanks. Focusing locally means that interventions can be implemented with more limited finances and quickly, without waiting to obtain the large capital sums and for the permissions necessary for new construction.” “Another major advantage of the technology is that its autonomous design means that it can be scaled to cover increasing flood prone locations in a network. As each system works autonomously, they do not depend on each other; in contrast to existing RTC approaches which frequently optimise whole system performance.  “As CENTAUR is data-driven, flow control decisions are made based on actual measurements of water levels at the flood prone site and at locations upstream of the flow control device and not based on uncertain model predictions, as in previous large scale RTC systems,” says Prof. Tait. Both the pilot in Coimbra (Portugal) and the demonstrator in Toulouse, (France) have proven that the technology works. In the Coimbra pilot over 60 storms were controlled, with the downstream flow rate and depth reduced by up to 37 % and 19 % respectively. The Toulouse demonstrator is still collecting data and its performance is being evaluated.  Flexibility for wide implementation CENTAUR contributes directly to meeting the requirements of the EU’s Floods Directive and the system’s web-enabled visualisation dashboard offers water utilities the opportunity to display how the system is protecting citizens and property.  Additionally, in the future the local dynamic control of sewer networks offers the potential to control intermittent discharges from combined sewer overflows into watercourses, supporting the implementation of the Urban Wastewater Treatment Directive and the Water Framework Directive. “Often in urban areas when drainage and sewer systems fail, the same properties get repeatedly flooded. The rapid, cost effective CENTAUR solution means that effective flood protection can now be offered to locations that see only flooding in only a small number of properties,” Prof. Tait adds. CENTAUR’s SME partners have started marketing the system at the project target price of under EUR 100 000, compared to a small centralised RTC system in excess of EUR 1 million. The team are currently looking to investigate the use of the CENTAUR system at multiple locations in a sewer or drainage network for flexible, adaptable control over a wide area. They are also exploring usage of CENTAUR for better management of combined sewer overflows to reduce the impact on receiving waters, and also to see if manipulating sewer network flows can reduce pumping and treatment costs (energy and chemicals) within wastewater treatment plants. Find more about CENTAUR at the University of Sheffield  Source: Community Research and Development Information Service